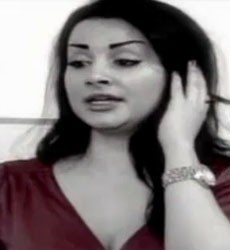 Sarah Farah also known as Sara Farah or Sara Fara7 is a Star Academy candidate of season 8 from Syria.

Sara Farah has been dubbed the "Hysteric student of Star Academy 8" and is believed to have been kept on-board till the last primes not because of her talent but just to keep people interested in watching, especially since she is always caught up in confrontations with the other students. Read all the gossip about Sarah Farah in Rumors and Scandals in Star Academy 8, including how she revealed Karim Kamel was gay.

Help us improve this page:   Correct or update the Sarah Farah page