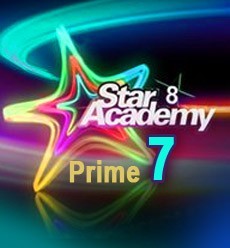 The seventh prime of star academy 8 took place on Friday the 13th of May 2011.

The guests of Prime 7 were Joseph Attieh and Tony Hanna.

The nominees of Prime 7 Star Academy 8 were Ahmad Izzat from Egypt, Hussam Taha from Syria and Mohammed Rafe.

Ahmad was saved by the public and Houssam by the other students, so Rafe3 left the Academy.

Help us improve this page:   Correct or update the Prime 7 Star Academy 8 page