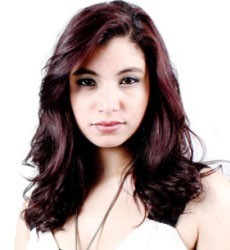 (Her name is also searched as Nasma Mahjoub or Nisma Mahjoub.)

Nesma Mahgoub was born on the 26th of September 1989. Before joining the Academy, she was still a student in the American University of Cairo, majoring in journalism and minoring in music and theater.

Nesma started singing at the age of ten, she has a special voice which allows her to sing with a high pitch. She plays the piano and enjoys singing in both English and Arabic. Her parents, especially her mother, gave her full support, enrolled her with different music courses and certificates from Germany and Greece.

Nesma is part of a local band named “Origin” along with four other partners. She is considered a professional soprano singer and won many national and international awards. She knows Arabic, English, German, and Hindi.

Before joining the Academy, Nesma sang at Dar-Al-Opera in Cairo and sang for her country Egypt.

To note that Nesma was never a nominee during Star Academy; she was Top 1 twice, and in the Top 5 10 times.

Help us improve this page:   Correct or update the Nesma Mahgoub page