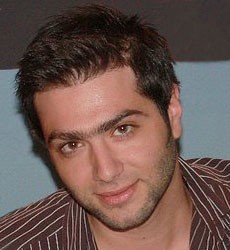 Mohammad Al-Qaq also known as Mohammed Al Qaq or Mohamed Al Qaq is a singer and a candidate of Star Academy 8.

He has two Brothers and one Sister

Mohammad Al-Qaq started singing at the age of ten. He studied Computer Engineering. Then later studied music at the National Conservatory of Music in Jordan.

Mohammad Al Qaq was nominated on Prime 2 Star Academy 8 and was voted out of the academy.

Help us improve this page:   Correct or update the Mohammad Al Qaq page