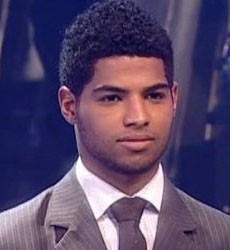 Mohamad Abdallah is a candidate of Star Academy season 8 from the Kingdom of Saudi Arabia.


Mohamad Abdallah was born in the year 1990, He lived his life in an orphanage. Mohamad was studying Marketing when he joined the Acadedmy at the age of 21.

Mohamad Abdallah has a sense of humor, and is confident of himself and his voice and talent.

Mohamad Abdallah was nominated for Prime 8 Star Academy 8 and was saved by the votes of the other students.

Upon his return to Mecca, the Commission for the Promotion of Virtue and Prevention of Vice in Saudi Arabia tried to prevent him from singing at a welcome party. See Rumors and Scandals in Star Academy 8.

Help us improve this page:   Correct or update the Mohamad Abdallah page