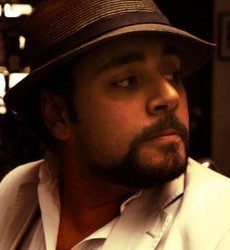 Gilbert Simon became more known to the public after he was chosen among the top 20 students to take part in Star Academy 8.

Gilbert has been singing and composing music for almost 10 years. He has a Rock’n'Roll band called “The Gilbert Simon Experience” as well as a few original songs of his own. He plays the guitar and can sing in English, Arabic, and French.

Help us improve this page:   Correct or update the Gilbert Simon page