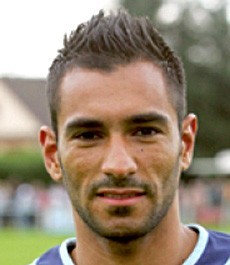 Yacine Abdessadki was born on the 1st of January 1981 in Nice, France.


In the month of April 2009, Yacine was involved in an insident where he bit Thomas Meggle, a player from the FC St. Pauli team, in his face after a league match.

Help us improve this page:   Correct or update the Yacine Abdessadki page