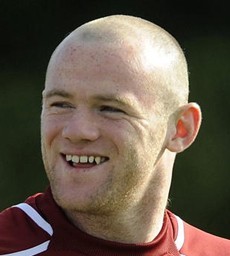 Wayne Rooney was born on the 24th of October 1985, His name is associated with being a striker for the English Premier League club Manchester United. Wayne Rooney is also a member of the England national team.

In the year 2003, Wayne made his England debut.

Wayne Rooney is most of the time chosen for the England squad, his name was popular during the World Cup in 2006.

Help us improve this page:   Correct or update the Wayne Rooney page