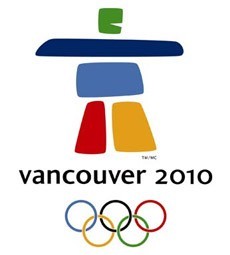 The Vancouver 2010 Olympic Winter Games is schedueled to kick off on Friday, the 12th of February 2010 with the first game of Ski Jumping NH Individual to take place in the Whistler Olympic Park.

The Vancouver 2010 Games will end on Sunday the 28th of Febraury with the Men's Hockey game which will take place in the Canada Hockey Place.

The Vancouver 2010 is a $178-million project which was built by the City of Richmond, the games will host the long track speed skating competition for the 2010 Games on its 400-metre track.

The huge structure where most of the games will take place consists of a venue showpiece which was under construction since late 2005.

The massive area has large windows with an open space view to sea and to the sky, located on the shores of the Fraser River.

The spectacular facility is so huge that it could hold five airliners on its floor and seat more than 8500 spectators.

Tickets for the Vancouver 2010 Olympic Games were on sale on the internet at Craigslist and eBay for as high as $2,500 each when first available.

The Opening ceremony tickets for the Vancouver 2010 Olympic Winter Games were being sold for over $2,000 a ticket. They are a rare commodity and many are willing to part with several thousand dollars for a couple of tickets and still no luck. Have you got yours tickets, have you booked a hotel or a room in Vancouver this winter?

Help us improve this page:   Correct or update the Vancouver 2010 Olympic Games page