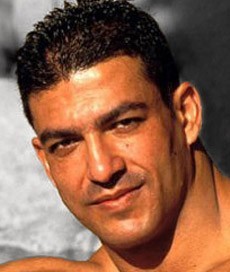 Tarek Elsetouhi is an IFBB Professional Bodybuilder from Egypt. He currently is a resident of Germany, and competes internationally as a Bodybuilder.

Tarek Elsetouhi is also famous as a bodybuilding model and has appeared many times on MuscleGallery.

His first amateur competition was in 1994, when he took part in the Juniors World Championship in Izmir; Back then he was 80 kg, and got into the 5th position.

His first professional competition was in 2008 when he took part in the IFBB New York Men’s Pro, in the category of Super Heavyweight; He got into the 12th Place.

Help us improve this page:   Correct or update the Tarek Elsetouhi page