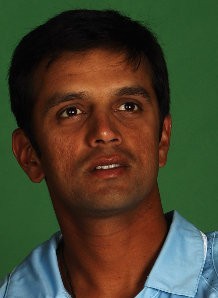 Rahul Sharad Dravid is a famous indian cricketer who was born on the 11th of January 1973. Rahul Dravid was a former member and captain of the indian national cricket team since 1996.

Rahul Dravid is considered as among the top three indian batsmen, along with Sachin Tendulkar and Sunil Gavaskar.

On the 14th of February 2007 Dravid became the 3rd Indian and the 6th player in history, following Sachin Tendulkar and Sourav Ganguly. He scored 10,000 runs in ODI cricket.

Rahul Dravid resigned as captain of India team in the late 2007.

Help us improve this page:   Correct or update the Rahul Dravid page