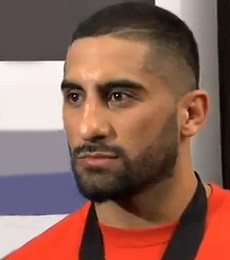 Khalid Ismail is from East London, he studied martial arts since he was 5 years old. His fighting include aspects of boxing, wrestling, jiu-jitsu, Muay Thai, kickboxing, karate and judo.

Help us improve this page:   Correct or update the Khalid Ismail page