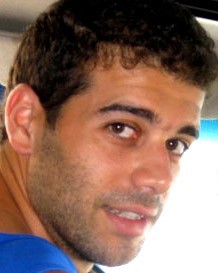 John Abi Chedid was born on March the 2nd 1984. He plays for the Lebanese National Volleyball Team, and has also previously played with the Finnish team Central Savon Paterin (Keski-Savon Pateri). He is currently enlisted under Anfe team, mostly in the outside reception position.
During his career, John Abi Chedid has won several championships in Lebanon, and has been elected in the National League as best player on several occasions. Younger, he was also selected as best junior player, and at 17 best youth player.

Help us improve this page:   Correct or update the John Abi Chedid page