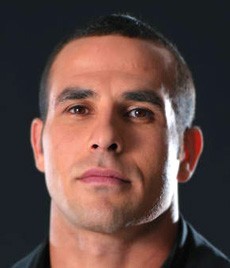 Hazem El Masri is a Lebanese Australian retired professional rugby league footballer during the 90s and 2000s. He was born on the 1st of April 1976.

Hazem played with the Canterbury-Bankstown Bulldogs throughout his football career; With them he won the 2004 NRL Premiership. He mainly played on the wing, but at times he played at fullback.

Hazem is a devout Muslim just like Bachar Houli. He is respected for his social work with young people, for that he won the NRL's Ken Stephen Award in 2002. The award recognizes players who contribute to a better social life among communities.

During his final season in 2009, Hazem took the record for the highest-ever point scorer in premiership history.

Help us improve this page:   Correct or update the Hazem El Masri page