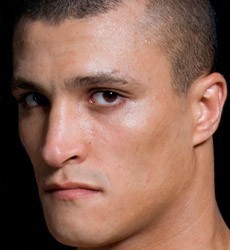 Ahmed Samir, Alias Prince of Egypt, is an Egyptian Heavyweight Boxer based in New York.

Ahmed Samir was born on the 14th of August 1984 in Alexandria, Egypt, and has pursued the sport of boxing since he was 10.

As part of the Egyptian World Championship team, Ahmed Samir went to the US in 2007 to compete in the World Games in Chicago, and decided to settle in New York to follow a more promising professional career as a Cruiserweight class boxer.


Help us improve this page:   Correct or update the Boxer Ahmed Samir page