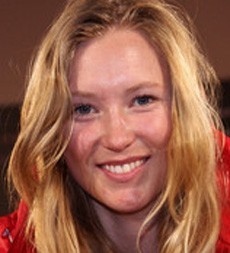 Ashleigh McIvor was born on the 15th of September 1983, in Vancouver, British Columbia, Canada.

Ashleigh is a member of the Canadian national ski cross team.

Ashleigh McIvor took role during the freestyle skiing team at the 2010 Vancouver Olympics Games where ski-cross will be making its first appearance at the official event.

Help us improve this page:   Correct or update the Ashleigh McIvor page