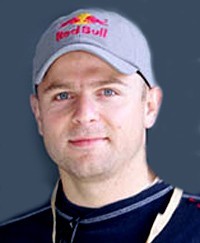 Abdo Feghali, nicknamed Dado, was born on 22 Oct, 1977. He started rallying in 1998, and gradually became one of the most recognizable faces in the Rally du Liban championships.

Abdo Feghali has won numerous races in Lebanon and all around the Arab world, including 2004 & 2005 Lebanese Rally Champion, 2007 the Middle East Hillclimb Championship (Syria), 2008 Speed Test event Lebanon and the 2008 Rumman HillClimb Jordan to name a few.Feghali has also participated in races in Saudi Arabia and Italy.In 2000, he was named Lebanese Group-N Champion.

Abdo Feghali is a talented car drift expert with the required skills to efficiently control his car; he often gives exciting shows for his fans, like at the Car Park Drift event held at City Mall Beirut in 2008.

Abdo Feghali is married to Claudine.

Help us improve this page:   Correct or update the Abdo Feghali page