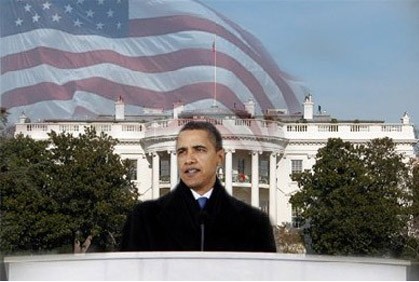 Inauguration of Obama in Whitehouse

The 44th elected American and first black President Barack Obama and his wife Michelle, had their Inauguration Day ceremonies early in the morning of Tuesday January 20th of 2009 and had their prayer service at the St. John's Church.

More than 2 million people are expected to arrive around the White house in Washington and to watch Barack Obama say his presidential oath.

The world awaits the work of this new president and have high hopes that unlike George bush, the new president will have a positive mark in history, with new foreign relations with the Middle east and the rest of the world.

Help us improve this page:   Correct or update the Inauguration of Obama in Whitehouse page