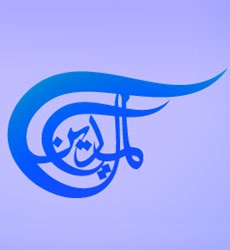 Al Mayadeen Television is a Pan-Arab satellite TV channel which aims to deliver unbiased news from the Middle East. Al Mayadeen TV aims at reducing the influence of popular news channels such as Al Jazeera and Al Arabiya. The channel was launched on 11th of June 2012 from its headquarter office in Beirut, Lebanon. In addition, Al Mayadeen operates from regional offices located in the cities of Cairo and Tehran. One office is also located in Tunisia.

The Chair-person of the Board of Directors and Program Director of Al Mayadeen is no one but the famous media icon Ghassan Bin Jiddo, a former Head of the Qatar-based Al Jazeera News channel. Ghassan was in charge of Beirut and Tehran office and a talk show host for many programs.

In 2011, Ghassan resigned from the Al Jazeera after he felt that Al Jazeera is deviating from the professional broadcasting standards, especially during the Arab Protests.

Ghassan denied many accusations which stated that Al Mayadeen media outlet has political affiliation with Syria, Iran or the powerful Shiite militant group, Hezbollah. Some considered Al Mayadeen TV as the latest media propaganda outlet for Iran and Hezbollah. On the other hand, Jido argues that Al Mayadeen TV is a free and independent media project funded by Arab businessmen who prefer to remain anonymous.

The slogan of the station is “Reality as is” and their editorial policy is unbiased and very objective.

Al Mayadeen TV is operated under a Al Mayadeen satellite media network, which includes a radio, a website, and an advertising and production house.

The General Manager of Al Mayadeen is Naif Kraim, a former program Director of Al Manar TV (Hezbollah Media outlet) and the owner of Al-Itihad Television, a Lebanese Television.

Many of the journalists and staff used to work at Al Jazeera.

The staff also includes journalists, Ramiya Ibrahim and Footoun Abasi from Syria, In addition to Kamal Khalaf and Ahmad Sobeh from Palestine.
Palestinian reports come from the cities of Gaza, Ramallah and Jerusalem.

Help us improve this page:   Correct or update the Al Mayadeen Television page