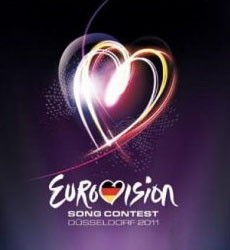 Eurovision, Europe's favorite annual event, took place this year in Düsseldorf Germany on the 14th of May 2011.

The 2011 Eurovision Song Contest was the 56th edition of this highly watched event. The host broadcaster was NDR. Preparations had already started at the Düsseldorf Arena months prior to the actual event. After the football pitch was removed and the groundwork completed with the stage and seating, a massive LED wall was installed with approximately 520 lighting-elements covering a width of 60 meters and a height of 18 meters. To note that the huge roof over the arena was retracted and weatherproofed for the event. More than 35,000 people were accommodated in the seating area, giving the public a chance to experience the show live. The tickets were also sold out weeks before the final Eurovision song contest.

Eurovision 2011 Germany Dusseldorf was presented by three hosts Anke Engelke, Judith Rakers, and Stefan Raab. It was the third time three people had hosted the contest after 1999 and 2010.

The voting system used was similar to previous contests, with a combination of televotes and jury votes selecting the winner. Viewers were able to vote during the performances; the voting window ended end 15 minutes after the conclusion of the songs.

Ell and Nikki represented Azerbaijan with "Running Scared".(WINNER OF EUROVISION 2011)

The final 2011 Eurovision Song Contest took take place on the 14 of May 2011, with only twenty-five countries competing out of the original 43 entries received by The European Broadcasting Union. From the two semi-finals on 10 and 12 May 2011, twenty countries qualified for the final, in addition to the "Big Five" winners that were automatically qualified for the final.

The 43 represented countries and their respective broadcasters were:

Blue represented the UK with 'I Can'.

Lena represented Germany with 'Taken by a Stranger'.

Other Participants in Eurovision 2011:

Magdalena Tul represented Poland with 'Jestem' (I am)

Yüksek Sadakat represented Turkey with "Live It Up".

Alexey Vorobyov represented Russia with "Get You".

Anna Rossinelli represented Switzerland with "In Love for a While".

Kati Wolf represented Hungary with "What About My Dreams?".


Dino Merlin represented Bosnia and Herzegovina with "Love in Rewind".

Nadine Beiler represented Austria with "The Secret Is Love" .

Christos Mylordos represented Cyprus with "San Aggelos S'agapisa" (I loved you like an angel).

Maja Keuc represented Slovenia with "No One".

A Friend In London represented Denmark with "New Tomorrow".

Help us improve this page:   Correct or update the Eurovision 2011 Germany Dusseldorf page