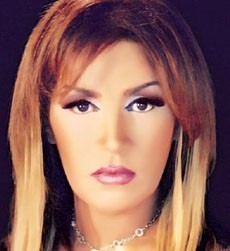 Zekra also known as Thekra or Zikra was a famous arab singer from Tunisia.

Her real name is Zekra Mohammed Abdullah Al Dali, Thekra was born on the 16th of September 1966, She was murderd on the 28th of November 2003.

The word Zekra in the arabic language means a memory or memorial.

Zekra started her singing career in Tunisia where she sang for more than ten years before moving to Egypt, she released 30 songs in Tunisia most of which were composed by Abdulrahman El Ayadi.

On the 28th of November 2003, Zekra was murderd by her husband Ayman Al Sowaidi with 16 bullets using his gun.

After killing Zekra, Her husband killed her manager then committed suicide.

Crowds of people and celebrities went out to the streets to mourn her death. She was going to be buried in Egypt, but Latifa immediately called Hala Sarhan and prince Al-Waleed bin Talal, the owner of Rotana and producer of Thekra's last album alive "Youm Aleek", who rented an airplane to take her to Tunisia.

After her death Rotana released another album for Zekra entitled Wa Tabqa Zekra in the year 2004.

Help us improve this page:   Correct or update the Zekra page