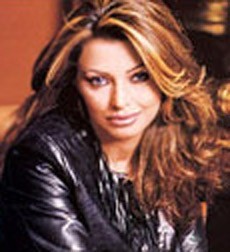 She presented the latest compilation releases in the international music industry every sunday during the Alam Al Sabah, morning show.

Zeina Janbeih also works as a radio host at Radio Orient, presenting the program called Ya Hala, the program ran every Tuesday and Thursday from 10:00 pm till 11:30 pm.

Help us improve this page:   Correct or update the Zeina Janbeih page