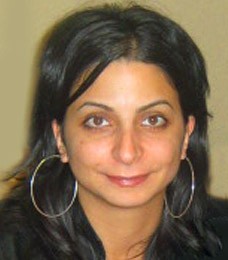 Zeina Dakkash (aka Zeina Daccache) studied Drama & Theater at Saint Jospeh University in Lebanon, before getting her Masters in Drama Therapy from the University of Kansas in 2007.

Although Zeina Dakkash started her career in theater in 1997, she however became famous after playing the role of "Izzo" in the TV comedy show "Basmat Watan" on the Lebanese Broadcasting Corporation - LBC.

In 2007, Dakkash became the executive director of Catharsis, a specialized Lebanese center for drama therapy. Zeina made the Jail of Roumieh her test grounds for her project of Drama Therapy. She worked with many prisoners at the jail to fulfill her social dream.
She also worked with the inmates and produced a Theatrical play based on the "Twelve Angry Men" by American writer Reginald Rose.
She believes that the rehabilitation of prisoners through drama therapy is a unique opportunity.

In 2010, Zeina Daccache played the role of Mona at the cinema in the movie Yanoosak by Elie Khalife & Alexandre Monnier.

Help us improve this page:   Correct or update the Zeina Dakkash page