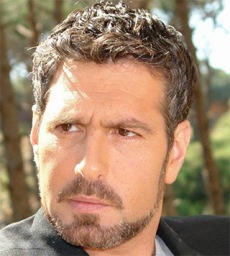 Yorgo Chalhoub is a son of George Chalhoub a famous Television director and editor.

Yorgo Chalhoub is also the son of the famous Lebanese actress Elsi Ferneini.

Yorgo Chalhoub started his career by acting in television series, he made a good couple with actress Vivianne Antonios.

Yorgo and Viviane Antonios also acted together in the Lebanese movie Mishwar.

In the year 2000, Yorgo recieved the Murex award as the best lebanese actor.

In the year 2003, He also got the same award along with George Khabbaz for their role in the Lebanese sitcom Abdo w Abdo.

Help us improve this page:   Correct or update the Yorgo Chalhoub page