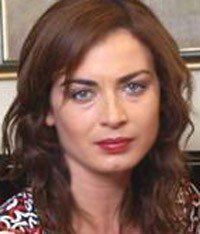 In the year 1996, Yesim Buber got married to the Turkish director Mehmet Aksin.

Yesim was married before to the famous Turkish actor Kamil Guler, who played the role of the reporter in Gumus - or Mohamad wa Nour but they got divorced.

Yesim played the character of Ezel or Ghazal in the Turkish Drama Kaybolan yillar or Wa Tamdi Al Ayam which was translated into Arabic with the name and was played on MBC4 tv channel.

Help us improve this page:   Correct or update the Yesim Buber page