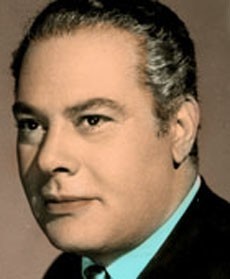 Chahine is most famous for his role in the movie adaptations of the Cairo Trilogy, a trilogy written by the Nobel Prize winner author Naguib Mahfouz.

Yehia Chahine took role in the 1947 movie Azhar we Ashwak.

Help us improve this page:   Correct or update the Yehia Chahine page