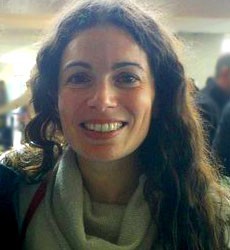 Yael Naim is a French-Tunisian singer and songwriter.

Yael Naïm was born in Paris on February 6, 1978 to Jewish-Tunisian parents (Arab Jew). At the age of four, she moved with her family to Ramat HaSharon, occupied Palestine, where she learned Hebrew and trained as a pianist.

Yael Naim released her first solo album In A Man's Womb in 2001. But it was only until 2008 that she rose to fame worldwide after her hit single "New Soul" was used by Apple in an advertising campaign for its MacBook Air.

Yael Naim's style is a mixture of folk and jazz.

Help us improve this page:   Correct or update the Yael Naim page