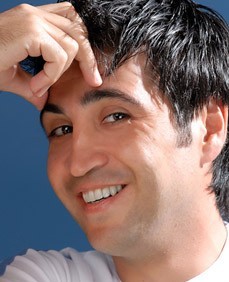 Wissam Sabbagh is a Lebanese actor and TV presenter.

Wissam Sabbagh holds a Diploma in Higher Education in Acting. He also has a B.S in Business School from Beirut Arab University.

In the year 2003 Wissam Sabbagh took role in a comedy show on MBC which was called CBM. The program gave Wissam fame as a Lebanese Comedian around the Arab world.

More recently, Wissam Sabbagh has joined Orange Television - OTV. He presented numerous game shows during ramadan, and in 2010-2011 hosted a show called Khedni ma3ak (take me with you)a semi-reality TV show in which he spends a whole day with a public figure or celebrity.

Help us improve this page:   Correct or update the Wissam Sabbagh page