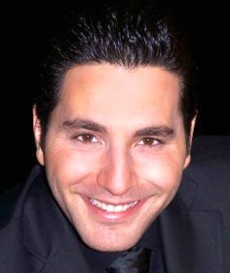 Wissam Breidy worked for a while in radio, but is mostly known for his TV programs on Murr Television - MTV Lebanon. After hosting ‘Wa2ef Ya Zaman’ and ‘Mish Ghalat’, he presented a fascinating extreme sports inspired Talk show called ‘Bil Hawa Sawa’. The program would seem at first glance like a regular talk show that receives celebrities and media figures, were it not for the setting of the studio. The studio is actually held in mid air, dangled by a large heavy duty crane! The guests, who can see the tiny cars driving below them, get to dine and chat with the host about all sorts of social and personal issues…and of course also get the scare of their lives!

Help us improve this page:   Correct or update the Wissam Breidy page