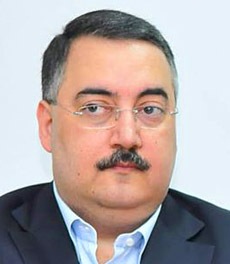 Wissam al-Hassan was a senior Lebanese intelligence official who was assassinated on the 19th of October 2012, during a bomb blast which took place near his home in Ashrafieh, Beirut.

Better known as Brigadier-General Wissam al-Hassan, and considered a top Lebanese security official, he headed the Information Branch of the Lebanese Internal Security Forces (Fare Al Maaloumat). He worked mostly in his office near the Lebanese Museum.

Wissam al-Hassan lived in a building close to the car blast, he regularly takes the same route from home to his office in the ISF headquarters.

Al-Hassan was close to the March 14th movement. his loss is a major blow to the coalition.

Wissam was the main person behind uncovering a recent bomb plot that led to the arrest of Michel Samaha, former minister and a pro-Syrian Lebanese political figure. Samaha was arrested for conspiring to have bombs placed in Lebanon in a bid to spread the chaos from Syria to Lebanon.

The Ashrafieh blast which took away the life of Wissam, took also the lives of seven other Lebanese innocent victims, who happened to be at the scene.

Wissam Information department was founded as a result of the assassination of Rafic Hariri. This special office was s a counterweight to Lebanese military intelligence, which was seen to have close relations with Syria, newly ousted from Lebanon.

Wissam was a key security chief for former Prime Minister Rafic El-Hariri. He was accused by some people of having played a suspicious role in the build-up to the assassination in 2005.

This newly created security channel was mostly trained and supported by the United States and pro-US Arab intelligence services.

Al-Hassan was mentioned in a number of documents released by Wikileaks as parts of cables from the U.S. embassy in Lebanon.

In a cable document dated 30th of June 2006, Samir Geagea, the leader of the Lebanese Forces (LF) confided in US ambassador Jeffrey Feltman to Lebanon that he was concerned with Rafic Hariri’s appointment of Wissam Al-Hassan, to head the I.S.F. intelligence branch.

Help us improve this page:   Correct or update the Wissam al-Hassan page