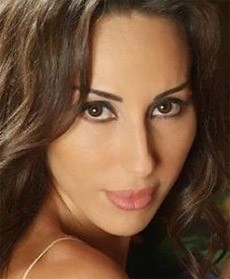 Ward El Khal is mostly known in Television, her father is famous poet Yossef El Khal, her mother is Maha Bayrakdar, a famous poet and painter.

Ward El Khal holds a degree in Marketing from N.D.U.

Help us improve this page:   Correct or update the Ward El Khal page