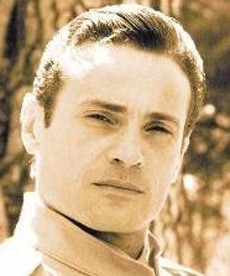 Walid El Alayli (also written Walid El Alaili or Walid Al Alaily)often takes the role of foreign characters in Arabic/Lebanese movies, TV series and Theatrical plays. This is partly due to his European look. He is also one of the few Lebanese actors to seem authentic and believable in his performances.

Walid El Alayli actually attempted a career in Hollywood; In an anecdote, he mentions he was sexually harassed by a female producer who promised him a role in her upcoming movie in exchange for his services. Soon after, the disappointed Walid packed his bags and returned to Lebanon, leaving behind him his childhood dreams of making it big in the Land of Opportunities!

Walid El Alayli took the role of Akram in the 2006 movie 'De ma fenêtre, sans maison', a movie also known as From My Window, Without a Home.

In 2008, he appeared on Orange Television - OTV in the series Maleh Ya Baher, alongside a rich cast that included other great Lebanese actors such Mahmoud Said, Carmen Lebbous, Youssef Haddad, Nagham Abou Chedid, Takla Chamoun, Abdallah Homsi, Carlos Azar,and Pierre Jamajian. The story and scrip were written by Marwan Al Abd. It was directed by Lilianne Al Boustany, and produced by Roou'a Production.

Help us improve this page:   Correct or update the Walid El Alayli page