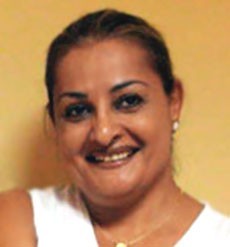 Wafaa Chidiac is a well known journalist and radio host.

Wafaa Chidiac also appeared on Television occasionally as a journalist.

On Radio Liban Libre, Wafaa hosts the program Njoom El Dohor in which she interviews celebrities from the Arab World.

Help us improve this page:   Correct or update the Wafaa Chidiac page