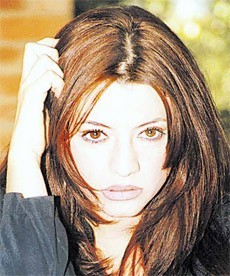 Vivianne Antonios starting acting in Television series, In the begining of her career she took roles opposite Yorgo Chalhoub on Television.

Vivianne and Yorgo also appeared in the Lebanese cinema in a movie called Mishwar.

Vivianne Antonios got the Murex Award as the best female actress in Lebanon for the year 2003.

Help us improve this page:   Correct or update the Vivianne Antonios page