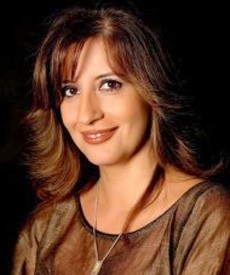 Vera Yammine is one of the most visible female politician in talk shows this year and by far the most interesting one.

Very confident and poised, always eloquent and well spoken, she is known for her thorough analysis and strong knowledge in political issues in Lebanon and the region.

After Sleiman Frangieh, she is the most promising figure in the Marada party. However, her high potential is still not fully explored .This explains her low ranking. We hope her efforts soon materialize into a more solid tangible power! Her name circulated as a potential ministerial candidate, but nothing substantial has followed yet. We are still waiting for the new cabinet formation.

Vera Yammine is a very charismatic woman that does not cease to impress us. It’s to be noted that she was considered the Most Powerful Lebanese Woman for 2007, and has been also listed on similar power lists in 2008 and 2009!

Help us improve this page:   Correct or update the Vera Yammine page