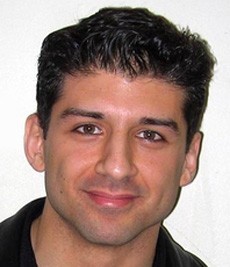 Tony Yazbeck is an American actor. He is also a singer and a dancer. Tony Yazbeck became popular after playing main roles on Broadway in Gypsy w/Patti LuPone.

Yazbeck also played main roles in Alan Deluca in A Chorus Line, Gabey in On The Town and Phil Davis in White Christmas.

Tony Yazbeck was born in Riverside, California. He moved to the east coast where he started his training in acting. Yazbeck attended Point-Park University and the University of Cincinnati Conservatory of Music.

Tony Yazbeck appeared in the documentary of Every Little Step. The documentary showed the auditions of the play: A Chorus Line on Broadway.

Help us improve this page:   Correct or update the Tony Yazbeck page