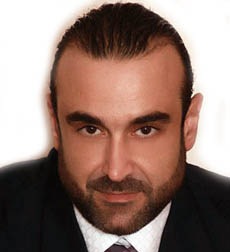 Tony Sasi is a famous Lebanese radio presenter, voice over professional and poet.

Tony started his work as a radio presenter working for many years in several Lebanese radio stations.
He ran many radio shows, the most famous one was called (Ielam Al Aalam) on Sawt Al Nojom Radio from Lebanon. He interviewed famous Media personalities and shed the light on their works.

Tony Sasi has a very unique voice, full of warmth, strength and character. A character that was so strong, that it made him a star as doubling male voice over presenter.

In Doubling (Doublage) he was among the first male voices to hit the TV screen after dubbing famous Mexican TV series to Arabic. He played the voice over of Alikhandro in "You will pay the price" (Sa Tadfaa El Thaman) and "My land not for sale" (Ardi Mosh Lal Baye).

In 2009 he dubbed his voice over in the Venezuelan TV series "The lost happiness" (Al Saada Al Mafkouda).

He also added his voice to many Mexican Tv series such as "The magic of love" (Sehr El Houb).

In acting, Tony had played several roles on the TV screen, including a good role in the Lebanese TV drama "A Family with worries" (Ayleh Matoob Alaya).

Tony also attempted to sing in his early days, then later decided to explore the world of modern poetry and released six poets as Albums, one of the poems was also shot as a video-clip.

Help us improve this page:   Correct or update the Tony Sasi page