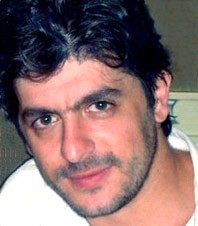 Toni Issa is a Lebanese actor.

Toni Issa is the son of a famous Lebanese actor called Nazem Issa. His brother, Jean-Marc Issa, is a photographer based in Canada. Toni Issa is one of the most talented Lebanese male actors and is often seen in TV series. He does serious roles as well as light comedy parts.

Toni Issa has appeared in the following:

Help us improve this page:   Correct or update the Toni Issa page