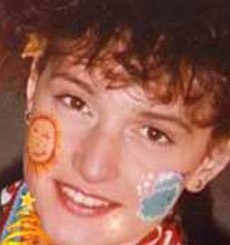 Ton Amie Liliane was a famous kids program which played daily on the Lebanese Broadcasting Corporation - LBC in the mid 80s. The music theme was so popular and it went something like: "Ton amie Liliane va te raconter une histoire a sa maniere, ..." that the host was later known as Ton Amie Liliane' (which translates into your friend Liliane)

Liliane got married to a famous drummer, the couple had a daughter named Lara Matar who became a famous band singer in the late 90s.

Liliane now operates a childcare nursery, and most of her fans that are now all grown up are happy to place their kids in her care!

In 2009, the idol of youngsters and adults came back on stage after 10 years of absence with “Le retour de la petite fée” a magical play for children at the casino du Liban from December 4 to December 20. She came back after this long absence with her known songs to bring joy to all kids on Christmas.

Help us improve this page:   Correct or update the Ton Amie Liliane page