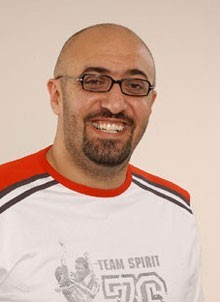 Tarek Abou Jaoude refers to himself as the Number One composer and producer in the Arab World's Music Industry. He has launched the careers of many artists such as Yara singer, and has composed and produced for A-list performers such Wael Kfoury, Elissa and Assi El Halani,...to name a few.

Tarek Abou Jaoudeh often clashes with other composers who also claim to be the best, including Samir Sfeir, Hadi Sharara, and Jean Saliba.

Tarek Abou Jaoude has won many awards, including the Murex D’or 2004 as best composer.

Help us improve this page:   Correct or update the Tarek Abou Jaoudeh page