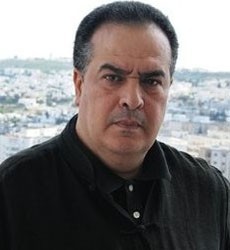 Taoufik Ben Brik is an anti-government Tunisian journalist and activist.

Taoufik Ben Brik was born in 1960 in Jerissa.

Taoufik Ben Brik is a prominent critic of the Tunisian President Zine El Abidine Ben Ali. He has published many books and articles that describe the difficult economic conditions in the country, political corruption, and censorship and lack of free speech in Tunisia.

Taoufik Ben Brik has previously expressed his desire to run for the next presidential elections in Tunisia.

In 2010, Ben Brik served 6 months in prison for assaulting a supposed woman motorist, despite his lawyer Radhia Nasraoui's efforts and appeal.

Help us improve this page:   Correct or update the Taoufik Ben Brik page