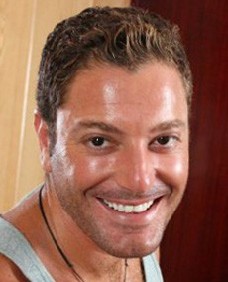 Tamer Hagras is an Egyptian male model and actor.

Tamer Hagras had excelled in many different sports such as Swimming, Judo, Tennis, and Water-Polo. Yet, he always wanted to become an actor since he was a child. Hagras worked on his identity at a very young age and started acting professionally at the age of seventeen.

In 2002, Tamer played his first role in the Egyptian movie (Volcano of Anger) which was directed by Mazen el Gebalie and revolved around the Palestinian struggle.

His second role in movies was in 2003, alongside Adel Imam in The Danish Experience. The box office hit also starred Nicole Saba and was directed by Ali Edriss.

In 2004, Tamer played a noticeable role in the successful television series (Ya Ward Meen Yeshterik), which got released in the month of Ramadan 2004, and starred Hussein Fahmy and Samira Ahmed.

His second soap opera starred Madiha Yousry and Dalia El Behery and was entitled My Heart Is Calling You.

In 2005, Tamer Hagras played a role in the daring movie (The Searchers For Freedom) which was directed by Inas El Deghedi. In the movie, he was a guest of honor and portrayed a villainous character.

Tamer Hagras often appears in the funny Melody Music TV promos, usually featuring Booby Julia. In 2010, he also starred next to Haifa Wehbe in one of her music videos which had the theme of Gladiators.

Tamer Hagras loves traveling and exploring different parts of the world. He visited many counties such as England, France, Italy, USA, Hawaii, Greece, Austria and most of the Arab countries.

Help us improve this page:   Correct or update the Tamer Hagras page