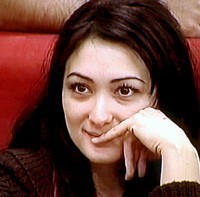 Soumaya was born in 1981 in Tunisia. She became popular during Star Academy 1. She joined the show to prove herself and gain experience in singing and acting.

Soumaya is beautiful, sensitive, and humorous. In Sports and Dancing, Soumaya proved to be one of the best students at the Academy.

Soumaya worked hard in the singing lessons in order not to be nominated. On the prime of 30 Jan 2004, Soumaya left the Academy.

During the year 2006 and with Bruno Tabbal as her videoclip director and friend from Star Academy, she appeared in her first videoclip for a new song made for her.

Help us improve this page:   Correct or update the Soumaya Al Jouini page