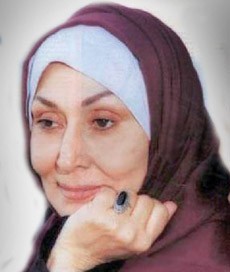 Soheir El Bably retired in 1997 after wearing the veil. In 2006 she returned to acting through a TV series entitled "Qalb Habiba".

Soheir el Bably was married four times. She was married first to Mohamad Al Noury, then she got married to Mounir Mourad an actor, singer and a jazz oriental musician. Her third marriage was to Ashraf Al Sirjani and lastly she married business man Mahmoud Ghoniem. Soheir a daughter called Niveen and three grand-children.

In theatre she also played the role of the teacher in "Madrasat Al Moshaghebin".

In the month of November 2011, rumors circulated that she has been hospitalized and is in bad health condition. However, Souhair spoke up and confirmed that she is doing well.

Help us improve this page:   Correct or update the Soheir El Bably page