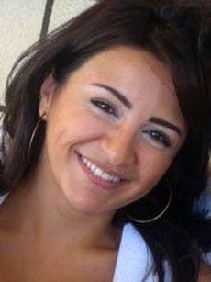 Shirley has a show that runs on OTV “Fakker Martein”, which deals with political issues, corruption, social affairs, public health and environmental matters.

During the many gatherings for the Free Patriotic Movement’s electoral campaign, and the following aftermath celebrations, Shirley el Mur proved to be the best female public speaker Lebanon has witnessed in decades.

Shirley El Murr has the skills to tightly grip the crowd’s attention, to inform, influence, motivate, persuade and simply to entertain the listeners all at once!

Shirley El Murr has a soothing confidence in her speech, matched with the traits of a true leader. Although her efforts as a journalist are quite appreciated and acknowledged, we anticipate her future plans will involve a political career, especially since she has proven her concern with social improvements on her TV show.

We would surely like to see her in an official position in politics where her personality, courage, and sense of justice would be better fitting.

Help us improve this page:   Correct or update the Shirley El Murr page