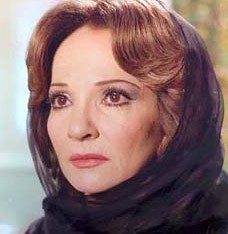 Shadia is a classical actress and singer from Egypt who was born in the year 1929 in El Helmiya district in Cairo, Egypt. Shadia gained the title of Bent Masr which means ( The daughter of Egypt).

Shadia real name is Fatma Ahmed Kamal. Shadia started her career as an artist in 1947, with a her first role she took the film industry with a surprise in her role in Azhar wa Ashwak.

In the same year, Shadia was given another opportunity as a lead actress opposite to Mohamad Fawzi in the film of Mind in Vaccation.

In 1984 Shadia took role in her last movie entitled (Don't Ask me who am I) with director Ashraf Fahmi.

In 1985, Shadia participated in her first and last play when she took role opposite to Abdul Menem Madbouli in her only play Raia w Skina.

Her final appearance on stage was in 1986 in a concert known as El Layla al Mohamedia or The Mohamedian Night,at that night Shadia sang her first religious song Khod bee Eidi which she was sang to the prophet; at that night Shadia decided to retire after all the success she had achieved in her life.

Help us improve this page:   Correct or update the Shadia page