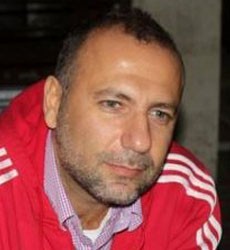 Shadi Hanna is a Lebanese Film and Television director. Shadi Hanna (or Shady Hanna) is also a videoclip director.

In 2003, Shadi Hanna directed his first movie, a Lebanese satirical comedy flick called S.L. Film, which was based on the hit TV show SLChi; S.L.Chi was very popular in the late nineties, and launched the careers of Nathalie Naoum, Fadi Reaidi,Roula Chamieh,Naim Halawi and Adel Karam.

Help us improve this page:   Correct or update the Shadi Hanna page