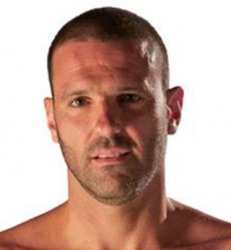 Sevag Demirjian is a Lebanese-Armenian Sports Champion and former model.
He started his career as a professional swimmer, then later moved onto Water Polo.

Sevag Demirjian's good looks made him quite popular in the early 90's when he was cast for many TV commercials, and starred along famous Arab singers in music video clips.

He regained popularity in 2013, after participating in the reality diving competition TV show Splash, which aired on LBCI.

Help us improve this page:   Correct or update the Sevag Demirjian page