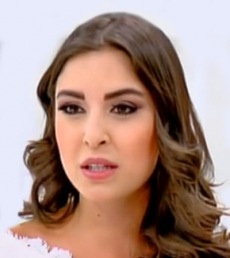 Sara Abi Kanaan is a Lebanese actress who became famous after winning a Murex Do'r award for new emerging talents.

She is playing the role of Ibtissam in "Al Kinaa", a remarkable story written by Gebran Daher and directed by Charles Chlela

Help us improve this page:   Correct or update the Sara Abi Kanaan page