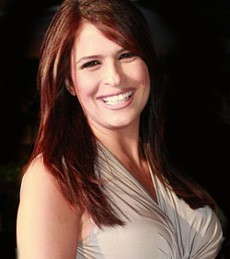 Sana Nasser is a famous Television and Radio presenter from Lebanon.

After earning a BA in Communication Arts from the Lebanese American University - LAU, Sana started working at Tele Liban.

Sana Nasser became popular after she started working as a presenter to the Lebanese National Lottery which aired on the Lebanese Broadcasting Corporation - LBC.


In 2007, she got the opportunity to showcase her talents and joined the line-up of presenters through the national entertainment show Albi Dalili, a famous program which was directed by Simon Asmar.

Help us improve this page:   Correct or update the Sana Nasser page